As soon as I started reading in English I fell in love with the books The Hobbit and the Lord of the Rings. The scope of the magical world that Tolkien created is mind blowing. Not only did he create an entire world but also described whole races including languages and generations on generations of their history.
Tolkien's work aside, what modern science fantasy series can be crowned as a potential heir to the masters early work? Now I haven't read nearly enough of the renowned fantasy
writers work, such as any of the Robin Hobb books or Terry Pratchett's Discworld series for that matter. So I guess this is as much a matter of personal taste and preference as it is of limited reference material.
I want to have a look at three fantasy series that I have read and rate as three of the most profound science fantasy works ever written.
Shannara Series 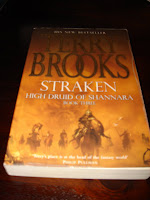 Terry Brooks created a magical world with these books. Easy to read, flowing and with a great storyline you can't help but enjoy Terry's style of writing. The Sword of Shannara was one of the first books I picked up and hence my introduction into the science fantasy world. It is this wonderstory that made me fall in love with this genre. Crawling under the covers with just enough light to read or bundling up in a huge arm chair in front of the fire at home, these epic adventures of Shannara always amazed me as a young kid.
Sword of Shannara, his first novel in the Shannara series, was the first modern fantasy novel ever to make the New York Times Bests seller list.
Wheel of Time Series 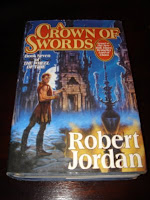 Many years ago a friend of mine suggested I try a book called The Eye of the World by Robert Jordan. I never looked back. I am waiting for the eleventh volume in this expansive world of magic and legends. Upon reading the first book it immediately becomes clear that Jordan draws on a number of mythological parallels from Buddhism and Hinduism which really appeal to me. The story also carries a strong tint of the Novel War and Peace by Tolstoy. I was lucky enough to meet him in person and ask him a few questions when he came to visit the bookstore I worked in many years ago. I was curious to know whether the sparkling and intriguing main characters in the Wheel of time were loosely based on friends and relatives in his own life. Undoubtedly so he answered.
As the series develops Jordan adds new and exciting characters to the story. Although enjoyable, to me this was a mistake. Due to his unparalleled ability to create and develop with amazing detail all aspects of an individual character he got sidetracked by too many side characters. I think this slowed the whole story down and complicated the main plot.
I am told the final book, A memory of Light, will return to a more compact and flowing plot line. Let's hope so.
A Song of Ice and Fire Series 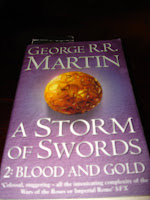 This is the most recent fantasy series I have been reading and its going down well. Martin has a dark but honest writing style that doesn't fail to grab you. Although his story telling is often sinister and cringe-fully graphic, he is a master of the fantasy genre. Martin's books have an action packed central story line that is fast pace. I think that sets it apart from the Wheel of Time series. It twists and turns and catches you off guard all the time. The central characters are venomous and brutal but also very likable.
If Martin can keep the story moving and finish with a riveting finale this is going to be an exceptional fantasy book series.
So, choosing one of these three series as the best fantasy book series is harder to pick than a broken nose. All three authors have in some way been labelled the rightful successor to Tolkien and unsurprisingly each of the three series has striking similarities to Tolkien's masterpiece in some way shape or form. but if I had to pick one of these fantasy works, I would be inclined to go with George R.R. Martin's Song of Ice and Fire. His story has the slight edge because the Shannara series is just a little too predictable and the Wheel of Time story is just too long winded and expansive.
Labels: Books Science Fantasy