Every time I'm back in the Netherlands with the family I try and visit Noordwijk at least once. Noordwijk is a small coastal village slightly north of Den Haag. Apart from the fact that this is where I played most of my hockey (NHC) from 1995 through to 1998, it is also one of the most beautiful beaches on the west coast. 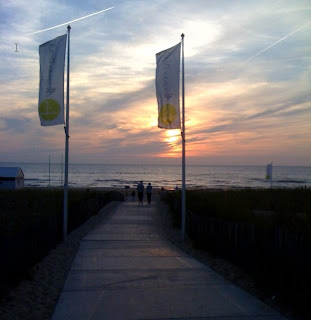 When I was at school in Oegstgeest back in the 90's a good friend of mine lived in a lovely beach house just off the Koningin Astrid boulevard in Noordwijk. I often stayed there on Friday nights so as to get to the hockey pitch early on the Saturday morning. This meant we spent a lot of time on the beach in the evenings and early in the mornings. Early on Saturdays we would regularly potter down to the beach drop our towels and sprint for the waterline and dive into the sea. There is nothing quite like an early morning swim in the ocean. 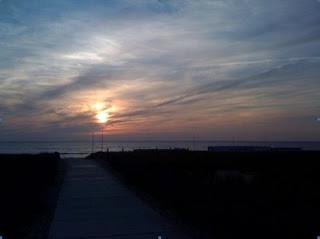 On the Koningin Wilhelmina Boulevard a number of large hotels with terraces spilling out onto the boulevard offer some good restaurants to have lunch or dinner and a fantastic ice cream parlor, Vivaldi's. If you want to bust a grove with the young, fit and trendy De Grent has 3 to 4 big, banging dance clubs and bars, each with their own stigma attached. I spent plenty of Friday and Saturday nights on De Grent. In the summer it's nice to just sit outside on one of the bar terrace's with friends and watch the people drift by.

Hotel Huis Ter Duin is one of the most luxurious hotels along the Dutch coast and also the regular hideaway used by the Dutch National Football team. The Hotel's terrace (La Terrasse) faces the seafront and has spectacular views along with an amazing lunchand dinner menu. The last time I was on that terrace it was 2.30 in the morning and I decided to turn off the lights in their monstrous Christmas tree...(not sure what inspired me to do that but it was funny at the time).
If you head south on the Astrid Boulevard and dive into the dunes, there are miles and miles of natural heath land dunes that take you all the way to Katwijk. If you continue on past Katwijk, due south you will eventually end up in Scheveningen, Den Haag. Ideal for cycling although the wind can ocasionally be punishing. 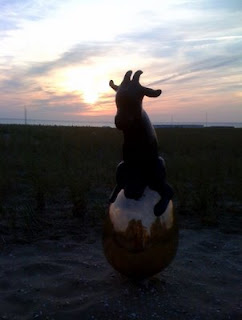 So if you ever visit the Dutch Coast, make sure you stop in Noordwijk for a stroll along the sandy beach and an ice cream at Vivaldi's. Then if you're still not satisfied head over to De Grent for some drinks and a dance!
Labels: Food Hockey Summer Traveling