The Day England Regained the Ashes... 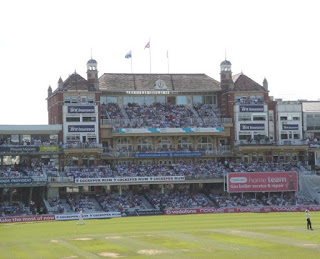 What an amazing end to an unforgettable series. This being the first ashes series where I have seen just about every wicket, every twist and turn, every Bopara duck and every Ponting whine. All culminating to that one Sunday at the Oval. The 23rd of August 2009, scorching sunshine, 10 Australian wickets and the most amazing finish to an Ashes

In terms of sporting drama and entertainment it just doesn't get any better than this.


At one point, late morning, while Ponting and Hussey were dominating at the crease it looked like the day was doomed. All signs were pointing towards Monday and possibly one of the most miraculous victories ever. Cue Freddie Flintoff. His run out of Ricky Ponting turned the game on it's head and sparked one of the most dramatic days of cricket I have ever witnessed, sealing the fate of the 2009 Ashes series. 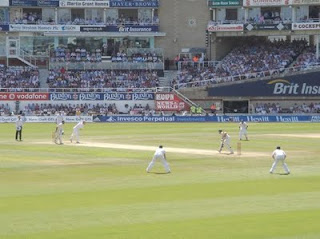 I have to be honest and say that after the fourth test match I didn't feel very confident about England's chances in the final test. But again it shows that winning or losing is determined by milliseconds and millimeters in sports, even a five-day game like cricket. Flintoff's run out of Ricky Ponting was the pivotal moment in the game and had Ponting not hesitated for that split second when Hussey called the run through, I would probably not have been so monumentally hungover on Monday the 24th of August. But alas I was and boy am I happy that I was because August the 23rd was very, very special. A day to remember! 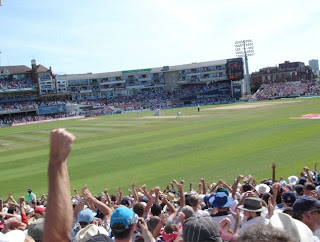 Thanks to Luke, Stew, Veej, Beaker, Jopie, my brother, the Aussie girls in the row infront of us and Jack for the amazing experience but especially to Jack's missus, Jo, for asking "are we supporting the team in white?" and "how are we ever going to get them out if they keep hitting the ball?!"...

With the Fred Express, That's how!