The Death of Ron Burgundy?

In a previous post I mentioned the dying media bread of newspapers brought on by the internet and free media that is so readily available these days. With the spread of broadband internet to a majority of the Western households, the onslaught of social websites, blogs, YouTube and now Twitter news feeds are moving faster than the old media platforms. Now I'm not an advocate of Twitter. To me twitter is voyeuristic and an excuse for legal stalking. Twitter is to social networking as Big Brother is to reality TV an Dirty Sanchez is to 'shock and cringe' TV shows. It's one step too far. Misused. Twitter should work as a mini-blogosphere where people can, for example, document their travels say. The one other great use of Twitter and other forms of online media is as a news information medium.

However close to the action an in-the-field journalist can get, a blog post or Tweet from somebody actually caught in the middle of a conflict provides a much more intriguing and first hand account of the situation. For example when in June this year BBC journalists were scrambling through the Tehran streets to document the deteriorating consequences of the Iran election results, hundreds of blog posts and tweets were already flying round the world. Locals in the midst of the turmoil were covering the events instantly as each incident unfolded. 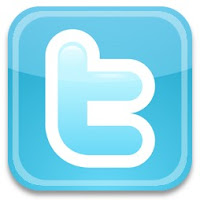 Twitter has also allowed the public access to sports stars in a way that they would never get from traditional journalism. A monotone, clichéd post-match interview is not the same as a players tweet from the changing rooms at half time. Sure enough a number of sports stars have been proper Twits (sorry) about using the text based social network site and have duly been embarrassed and fined.

Farhad Mohit, entrepreneur and founder of the company I work for has jumped at this idea and launched Dotspots, The Wisdom of Crowds, an online service that allows people to update the news in real time with dots or Distributed Objects of Thought. This includes blog posts containing text, video, images, documents and perspectives on world news events by eye-witness accounts.

I personally think this is the way forward when it comes to covering certain world news stories. It allows for a much faster and more thorough coverage of particular news stories. A platform organised in the same way as Wikipedia there will be a filter that removes any rubbish. There are some issues to be ironed out with Farhad's new project. One being the fact that any exclusive news story, be it a photo or video from an eyewitness has a monetary value and Dotspots will have to deal with this potential hurdle.

I'll give you an example. In 2005 when England regained the Ashes after years of suffering at the hands of Australia, the man of the moment, Freddie Flintoff naturally didn't shy away from celebrating the victory the night of the final day's play. The following morning after the daddy of all parties, Freddie steps out of the hotel they were staying in, absolutely bungalowed, with a huge penis drawn on his forehead. An acquaintance of ours got an exclusive picture of the incident on her mobile phone. Now, my girlfriend's brother being a photographer (Pap) advised her to keep the picture to herself until he could negotiate a price with the UK tabloids (We're talking a few thousand pounds). Unfortunately she was unable to contain her excitement and sent it to some friends, and within minutes it was circulating on the interweb. She lost out but the online community gained from her circulating the picture instantly. So to a certain extent new age (social) media and the instant documenting of news stories will rely on a public that is not money oriented.

So what will happen to the Anchorman Ron Burgundy, Anchorlady Miss Corningstone and their news corporations? Will they become an extinct breed? I very much doubt it as there will always be a demand for a filtered, well summarised, well presented news story.