Day two on Tioman island. We decided that we would spend some time discovering this wonderful little island in the South China Sea. After breakfast we organised a boat to take us around to Juara on the other side of the island.


Halfway round, on the  the southern most tip of the island we stopped to hike up to the Mukut Waterfalls, a wonderful little spot tucked away in the foothills of the Twin Peaks (Bukit Batu Sirau and Bukit Semukut). 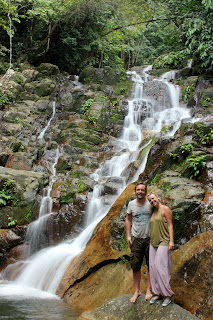 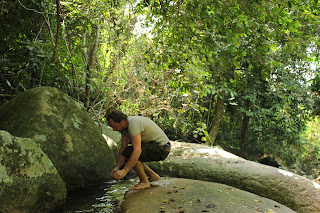 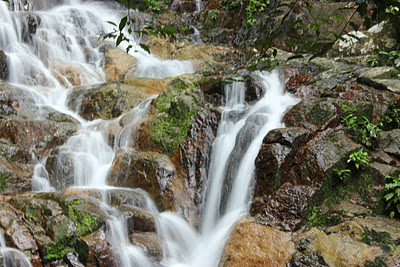 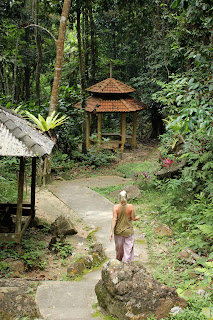 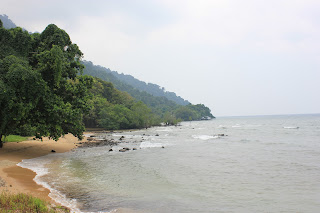 The second leg of the boat ride was rather more choppy than the first leg and we needed to hold on for dear life as the small boat was slamming into the south-westerly waves. At one stage the captain panicked and demanded we put on our life vests as he had spotted a police boat and if caught out with passengers not wearing life vest he could lose his license. Which made me wonder why he didn't mention he had life vests stowed away underneath the seats in the first place....

IN Juara we had lunch with the other passengers on the day trip. One large Belgian lady and a Dutch couple sharing stories of our travels. The Belgian woman had a lovely, inspiring story of working for the Juara Turtle Project on the southern tip of the main beach in Juara where they work to tackle the many environmental obstacles facing the local Sea Turtles.

Once we'd said our goodbye's we immediately jumped onto the cross island jungle trail that would takes us square across the island, back to Pahang. Although we were prepared for the worst we still underestimated the trek and were puffing after 30 minutes! 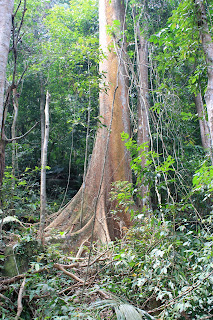 The surroundings were breathtaking and the sounds of the jungle were hypnotising. Luckily we had plenty of water with us and we needed it. We must have lost at least 2 liters of fluids over the course of the trek. We came across hidden ponds, meandering rivers and waterfalls making it across to the western side of the island just after lunch. 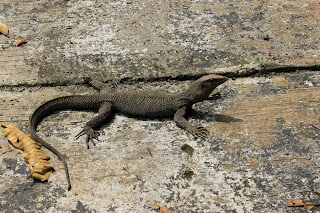 Just in time for a dip in the pool and some food! Our first day on "the island" was a success!