Even though I didn't feel too rough Saturday morning was spent recovering from our night at the Zouk. Maybe the jet-lag negated the hangover, like in maths where two minuses equals a plus. No? OK maybe not. 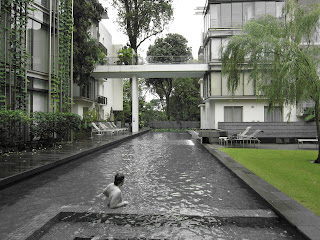 We spent most of it by the swimming pool, rehydrating and cooling down. Where the heat isn't that bad (32 degrees Celsius), the humidity can make you sweat as fast as thinking of it. 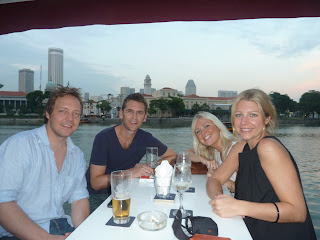 In the afternoon we headed into town in a perfectly air-conditioned, dirt cheap taxi. We went for a drink at Boat quay, probably the most famous harbour entry of the old port and a typical expat hotspot.


One thing I noticed was that there are a lot of Aussies living and working in Singapore. With the new and rapidly developing financial sector which was nicely visible from our next visit, Singapore is getting more and more appealing to the Aussies.

Our next stop was The Altitude Bar. At 282 meters this triangular shaped rooftop bar boasts 360-degree views of Singapore. 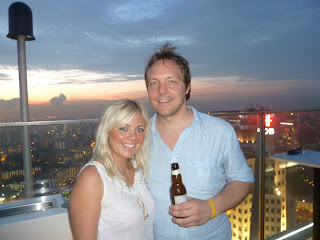 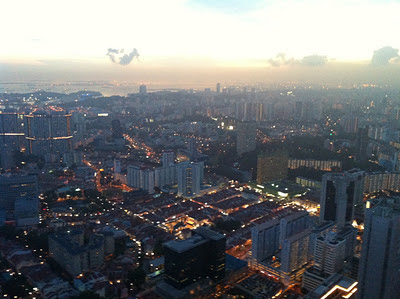 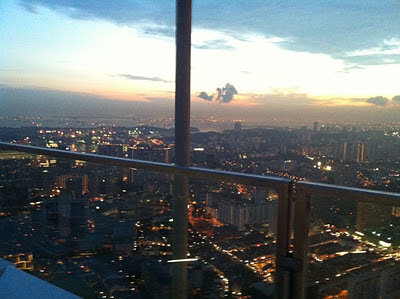 After a couple of drinks there we headed back down to earth and wandered into nearby china town.
A district of just about every major city around the world, Singapore's CT is understandably more authentic and genuine than most others. On the way there we passed by Singapore's oldest Hindu temple, the Sri Mariamman Temple with this magnificent gopuram at its entrance... 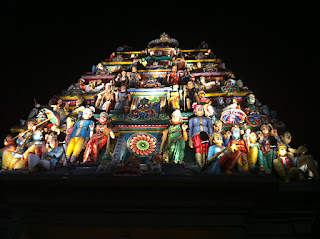 After some typical local food including an extremely spicy vegetable dish that had Chloe crying and writhing in pain we headed home for a film (Senna) and bed.
Labels: Adventure Summer Traveling
Location: Singapore