As the London Olympics 2012 fast approaches the London Organising Committee (LOCOG) stages a host of Olympic sports events that function as logistical and operational tests to allow the committee to prepare for the actual Olympics. London Prepares.

I managed to secure a few tickets to the Visa International Invitational Hockey Tournament at the Riverbank Arena in the Olympic park. Participating countries for the men; GB, India, Australia and Germany. Women; GB, Argentina, China and South Korea.

This was our first taste of the Olympic park and we were duly impressed with some of the Arena's. As with most Summer Olympics, the Aquatics centre is usually one of the more architecturally pleasing structures and the 2012 version doesn't disappoint either... 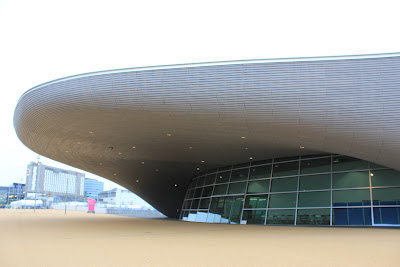 On Wednesday evening Charlie and I managed to catch the second half of the match GB against Germany which Germany won convincingly 3-1.

The colour of the pitch takes some getting used to and the fact that they play with a yellow ball is also an Olympic first. The Riverbank Arena should hold around 20,000 spectators and promises to host a fantastic atmosphere. The stadium was only about half full this time but thanks to a small 5 man marching band playing from the top row the noise was substantial. Annoying doesn't begin to describe it. 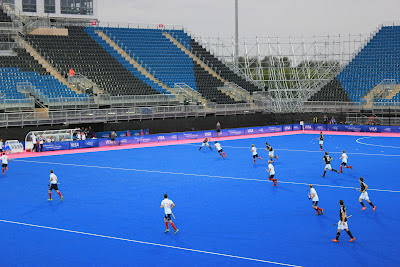 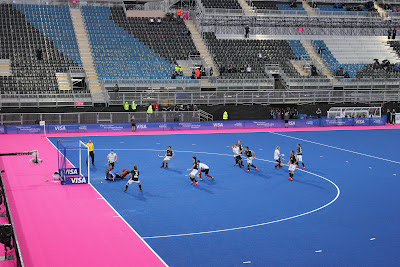 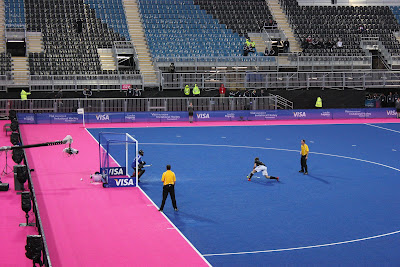 On Thursday I went back for some more and watched Australia versus Germany and finally GB against India. Jamie Dwyer didn't make the trip to London and Australia weren't at their dominating best, losing to Germany 3-2. The last game was fun to watch with 2 brilliant drag flick goals from India but Great Britain winning 4-2 in the end. 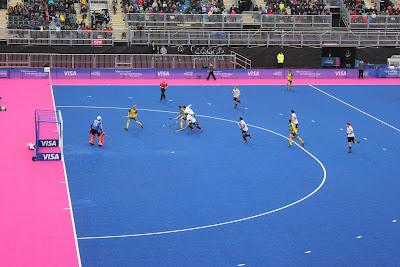 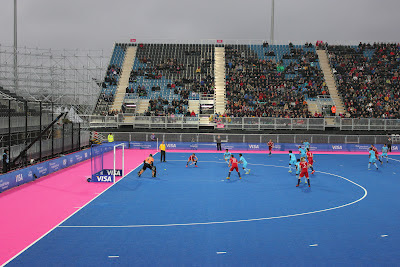 On the way out of the Olympic park I got a view of some of the other arena's.

Although the arena's looked ready much of the park was still not finished. London not quite prepared...