The Olympic impact and tourists... 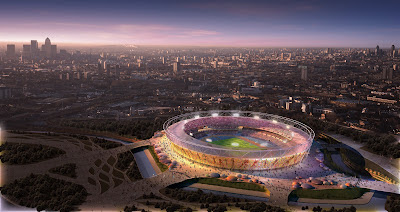 Londoners love to moan about things and the 2012 Olympics has provided them with an opportunity at a right royal Olympic moan. They love it. They complain about the effect on the public transport, how they have paid for the whole thing, about the stinking tourists and so on and so on.

So I'm going to get involved.

While you are on your way to work there is nothing quite as annoying as good weather cyclists and tourists on Boris bikes. Neither of these demographics can cycle in a straight line or grasp the difference between left and right for that matter. They think parking their Boris tractors across the entire cycle lane in Hyde park to take a picture of a squirrel is acceptable behaviour. That's not the worst of it however. The worst bit is those smiling, happy little faces when they apologise for this behaviour. Laughing sheepishly. They're on holiday, what do they care.

Now I'm not a shouter so you won't see me cursing loudly at these tourists. I will however cycle past as close to them as possible, which usually has the desired effect. This summer I have "narrowly missed" a topless Italian guy, gesticulating with his hands and shouting something in a high-pitched voice that sounded an awful lot like a strangled cat. I almost ran over a drunk chihuahua strung along by a massive, bald German man in lederhosen and only barely avoided a group of Spanish girls who sounded like they all had swollen tongues and repeatedly seemed to stutter on the letter "F". Weird.

At the end of the day, I have nothing against those dopey fuckers but tourists in London are like children at weddings. Always annoyingly in your way. This morning I nearly ran into a couple almost entirely hidden behind an A1 size folded out map of the entire United Kingdom. The fact that when I rode by and said "L O N D O N" in a patronising tone and their eyes actually lit up and they said "OOOHHHH" didn't fill me with confidence and only underlines my point.

The Olympic influx of tourists has been quite the experience and one I will not quickly forget if not only for the heightened thrill of my bike ride in and out of work!