The City of Peace

We were invited by two of the Super Club gang, Luke and Gemma to join them on their spring holiday in Egypt. Luke had collected an astonishing number of loyalty points through his hospitality business. and so offered to cover our accommodation at the Ritz Carlton in Sharm el Sheikh for 10 ten days.
Uhhmm yes please...


The Hotel resort was beautiful as you would expect from a five star Ritz-Carlton located in a place like Sharm El-Sheikh. The grounds were immaculately kept and the service was brilliant. Food is relatively cheap with the pound conversion so the local beverage, Heineken or Egyptian Stella, flowed like fresh milk on a dairy farm. 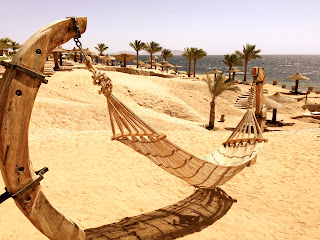 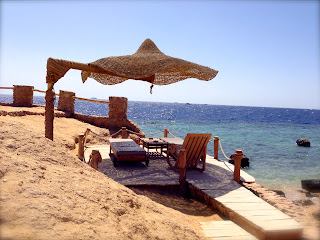 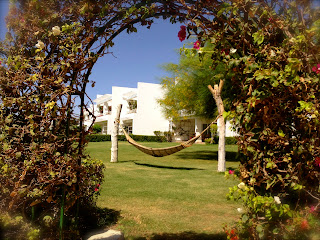 On one of the days the guys decided to head into downtown Sharm, known as Na'ama Bay, a small labyrinth of streets littered with Egyptian bars and shops. Reminding me a little of Brick Lane in London, you get hassled constantly by the locals to let them be your dinner hosts.
"Where you from mate, where you from? England? Ello Mate"


On another day we decided to discover the desert on quad bikes. A short (15min) drive from the hotel, in a place that looked like a quad bike cemetery we rented our quads and headed single file into the desert. Stopping at a traditional bedouin hut we got to have some traditional egyptian Koshary tea (Shai) and feel the awkwardness of riding a camel. I honestly don't understand why anybody would voluntarily ride one of those ugly fuckers because in my opinion it is one of the most uncomfortable modes of transport I have ever had to endure. Besides the London Underground of course.


All in all it was a fantastic 10 days of relaxing and spending time with friends.
Thanks Luke!