Finally we got ourselves to the end of year ATP Tour Finals!

We have been wanting to go for years and yet never seemed to get round to sorting out some tickets but this year we were determined to make it there as it could have been the last time Roger Federer was going to make it into the Tour Finals. Unfortunately we weren't able to see the GOAT but we did get to see walking microphone head, Novak Djokovic play against Martin Del Potro. 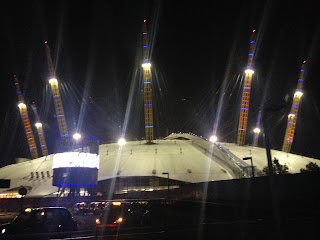 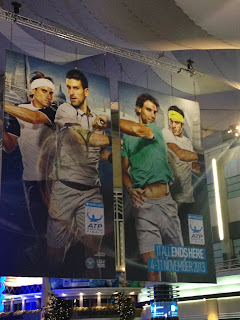 The O2 was superbly decorated for the event and the atmosphere was palpable from the moment you walked through the doors of the venue. Music blaring and TV screens everywhere showing the action on court. 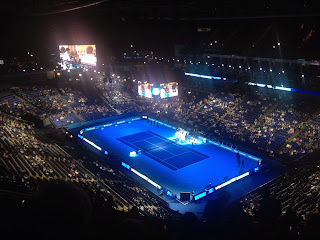 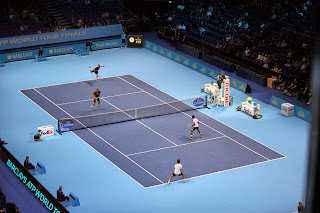 We got to see a doubles game before the singles match and this involved the only Dutch contribution to the tournament. Jean Julien Rojer teamed up with Qureshi to take on the Bryan Brother in a fantastic match that ended 14-12 in favour of the american twins in a final set tiebreak. 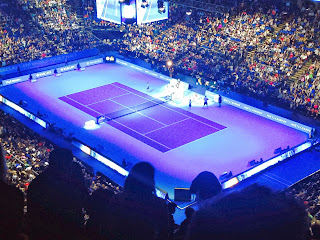 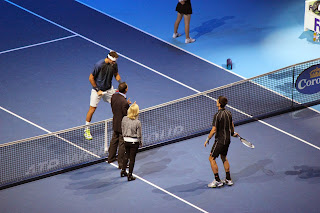 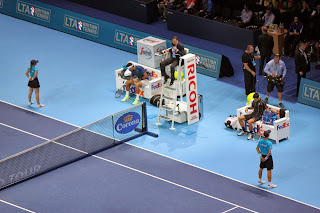 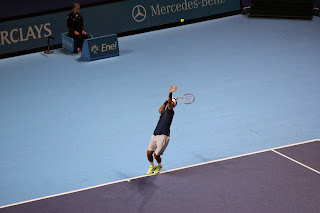 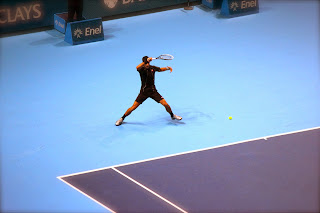 Djokovic came out on top in the end and would go on to take the title by beating Nadal in the final.  Hopefully we will still get a chance to see Roger as London secured the en of year tournament rights for another 5 years! Wooohooo! Roger! Roger!! 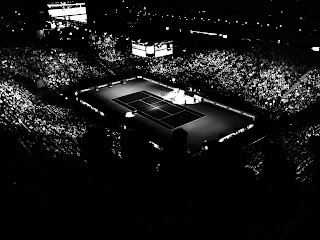 All in all it was a fantastic evening of world class tennis with my monkey! Aces!