"But isn't violence bad?"
"No, son, 'violins'. Violins are bad. That screeching music is gonna ruin the goddamn country!" 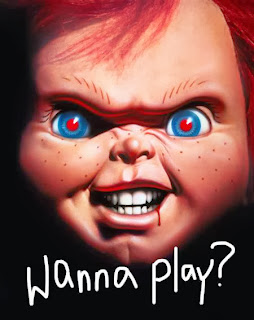 Halloween crept up on us like a zombie from a shallow grave. Well, not exactly, it had been in the planning for about 3 weeks culminating in a costume disaster that almost brought the whole thing to an anticlimactic end. But there it was and we were ready to face the hoards of All Hallows' Eve. 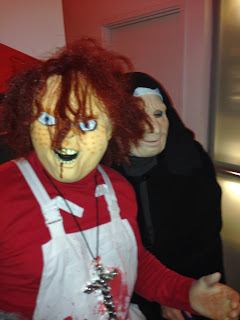 I had dressed up as a giant inflatable penis. Standard.

There were some lovely costumes on display including Deadly Dorothy, Chucky, Lethal Lady Gaga and even Pocahontas made an appearance. Needless to say a rather eclectic mix of Halloween ravers! 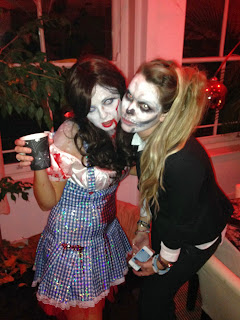 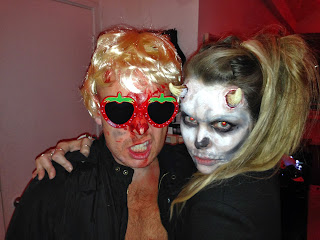 The party was a fantastic success ending in a game of beer (cider) pong at 4am in the morning. As you do.