In, Out, Shake it all about!


So the UK has voted.

But do they know what they actually voted for? No, I don't think so.

It's clear why they voted to exit the European Union. They feel like they've lost their national identity. This is basically the result of a massive identity crisis that has boiled up over a number of years. Match this with the new, super narcissistic generation Z that lives with a gigantic sense of entitlement and a humongous chip on their shoulder and you have a problem. The system is broken. JFK would be turning in his grave.

The English feel that their Englishness has been diluted to such an extent, they no longer really know what they stand for. They miss the days of Dowton Abbey, Fawlty Towers and Black Adder. They basically want to make the UK great, again. In line with A Game of Thrones the people are sick of the game of the houses, the establishment is seen as dirty and a rebellion is favoured over diplomacy. A true Robin Hood story, if not quite as romantic... 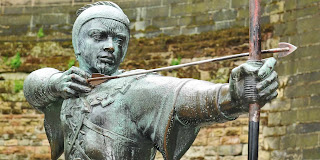 So the established order needs to go. Drastic changes are needed. But at what cost and is there even a simple solution? Soft brexit, hard brexit, no brexit? A second referendum?! Who knows.

Where does that leave them now?

A new minority government desperately trying to push through Brexit, labour in turmoil even with their good showing in the latest general election and a country plagued by civil unrest and displeasure. A national health system that is at breaking point and an education system that is failing.

What Great Britain needs more than ever before is an inspirational leader. A righteous leader. One that can lift spirits and reassure the insecure. Someone who has the energy and drive of a twenty year old coupled with the intellect and inspiration of someone who knows the way out. Someone who knows it all starts with education, the silver bullet of society. The solution of all of societies problems starts and ends there. Hope springs eternal from an educated generation and education is at the root of all economic and political success. Without it we can not hope to build towards a better tomorrow.