First the worst, second the best....

...third the one with the ruinous text.

When it comes to book series that run past a minimum of 2 books, is there something to be said for the first book in the series always being the best? In the film industry this usually holds true but does it apply to the written word?

I have highlighted a number of book series that I have read and held them up against the light to test this theory...

Dan Brown's theological thrillers with your average university lecturer Robert Langdon as the likeable protagonist. Selling millions upon millions of copies world wide readers keep coming back for more of his religious adventures. 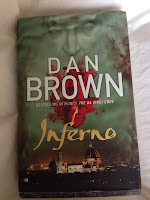 
The Hunger Games trilogy by Suzanne Collins took the world by storm in similar dimensions to the Harry Potter craze.

The Hunger Games hit the scene like a cheap tramp. All fishnets and horrible tragedy. Impossible dilemmas and family drama. Yet the second instalment, Catching Fire, really hit home. A superb and epic surprise awaits the readers in the follow on from the first story. The third book, although grand and emotional, in my opinion doesn't appeal as much as the first two and left me a little disappointed.

Verdict: First not the worst, but second definitely the best...


Terry Brooks has created a fantasy world equalled by only a few authors. The world of Shannara was what made me fall in love with fantasy as a young boy. The magical world of the four lands drew me in and still hasn't quite let me go. I am still working my way through the subsequent splinter stories.One of the things that
always catches me is how magically Brooks makes his fictional world come to life.

Based only on the original trilogy, the Shannara books were my first real foray into science fantasy and therefore they will always hold a special place in my heart. It reminds me of being tucked up in bed with my nightlight on and diving into the magical world of the Four Lands.

Verdict: First the best, second also very good and the third not so much...


The Wheel of Time by Robert Jordan (WoT) is an epic fantasy series that has very strong Asian and mythological influences. The Yin and Yang of Taoism run like a thread through the main plot line. 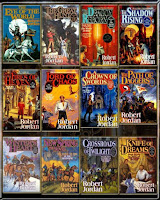 
For me the first book in this series stands out as it is the start of the epic journey for all three boys in the book and it sets the tone for the rest of the story. Although I did also really enjoy the Great Hunt and some of the other instalments.I have to be honest and admit that I haven't read all of the books yet but as far as I can tell the best of the writing lies in the first 4 books.

Verdict: First and the Fourth shine and the rest are too entwined...


George Martin's now infamous Game of Thrones (GoT) has taken the world by storm both in written form but especially since its depiction on our television screens. I can't imagine Martin could ever have imagined in his wildest, most fantastical dreams that it would take off the way it has. I had read his first five books before it hit the TV screens and I fell in love with it. I am convinced that the similarities between the storyline and our current society, with for example a discontent with the political system is partly responsible for the reasons so many people relate to it. 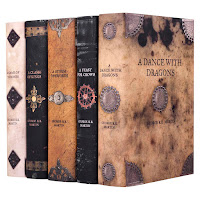 Verdict: Third the one with the bloody chest, but also the best!

Finally, J.K. Rowling's Harry Potter. Possibly the most recognisable young adult story ever created, Harry and his adventures with friend and foe is loved worldwide.From young little wizard to heroic magician, Harry has grabbed the imagination of almost every child born after the turn of the century. I was initially turned off by the incredible adult interest in the books and decided to read them once all the hype had died down. Which I have done and I can say I am thoroughly enjoying them (as we speak)! 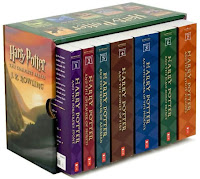 Verdict: I haven't made my mind up yet! What do you think?