We decided rather late on in the last lockdown to embark on a marvel-ous cinematic journey. We set ourselves the task of of watching all of the Marvel Cinematic Universe (MCU) in release date order. All done on the new Disney+ streaming service, which is absolutely brilliant. 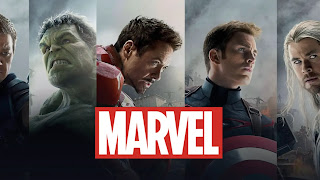 We started the great MCU adventure the last week of March. Now we are in May we are 17 films in and onto the Black Panther, having watched Thor Ragnarok last night, coincidentally the best of the Thor films, in my opinion. With Ragnarok they clearly made a conscious decision to ramp up the comedy particularly with the introduction of Korg, one of the funniest Marvel characters.
So Phase 1 and 2 done. Some excellent films in there. The fact that the wife was asleep about 10 minutes into our adventure didn't detract from the enjoyment. I don't know if she made it past the opening credits of Iron Man. It was a close call.
The big dilemma was, watch all the films in chronological order or according to their release date. We eventually decided on release date as we figured, because the writers had the entire Avengers universe planned out it should all tie in according to their release dates. There are a lot of little nuanced scenes linking the marvel universe together that I missed seeing the films separately the first time round but picked up on this time around. Which is a large part of why we wanted to embark on this film adventure. We also found out that the little post credit scene nuggets that link the movies together increases as the universe rattles off the films. What starts off as an arousing little teaser in Iron Man, grows into a 5(!) scene circus come Guardians of the Galaxy Vol. 2.
If I had to pick my favourites so far it would probably have to be Guardians of the Galaxy Vol. 2 and Thor Ragnarok, with Captain America Civil War, Doctor Strange, Ant-Man and Avengers: Age of Ultron a close second.
Onto the last 6 films!
Labels: Avengers Films Hulk Iron Man Marvel MCU Movies