Twenty years on from that horrendous day, where is the American identity and where is the national unity? In the immediate aftermath of the 9/11 attacks, the American nation was united in sorrow and determination, however 20 years on and the country seems more divided than ever. Tribalism governs the conflicting political views and opinions on anything and everything. At the tail end of the pandemic and in the wake of the civil unrest relating to the fight for racial justice the country is being ripped apart by anger, fear and resentment. A large part of the blame can quite obviously be laid at the feet of the orange faced idiot that inexplicably was allowed to run the country for 4 years. However leaving the single most irritating f*ckturd aside, what has happened? Where did it all go wrong? 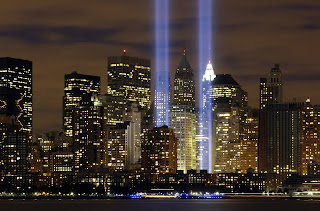 Thinking of all those people that lost their lives and the people that were left behind, what would they make of the America of today? A nation so divided and angry, communities not coming together, helping each other but fighting, looting and storming the Capitol building! Where 20 years ago people ran into burning buildings to save the lives of strangers, neighbours rushed to the aid of one another and everyone put their hands together to rebuild a broken nation, today the United States of America is very much not United.

In times like this I would point to sports as an example of how communities can come together. In sports, age old rivalries, some extremely fierce, can coexist on an off the field. Hard fought differences are battled out on the field but come the final whistle, opponents embrace, congratulate and thank each other. We are all on this earth for a short period and in times of adversity we should not stand apart but rather come together, standing strong.