Since moving out the the countryside I've become a fly fisherman. It holds a number of key similarities to some of my other favourite pastimes, like skiing and golf. You're outside in nature for an extended period of time, just you against the elements. 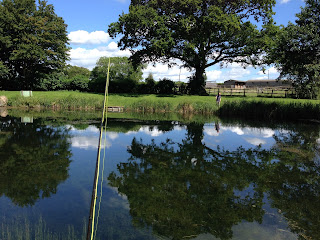 The only downside I suppose is that I'm really quite shit at it. I can confidently say I've managed to catch and subsequently lose substantially more fish than successfully wrestling one onto land. I'm told that is all down to my technique. It's a tricky business. Or should I say, it's a slippery business.

Reeling in a fish once it's taken the bait is similar to trying to get your six year old into her bed. It's a nonstop, gentle but forceful coaxing and reeling in of a flip flopping, slippery angry bar of soap. It's a nightmare.

Lifelong fishermen make it look easy. It's not. Especially when you're on your third Peroni. Which brings me to another aspect of fishing that's enjoyable. Fishing lends itself wonderfully to having a few drinks and a spot of lunch. As long as the weather plays along of course. 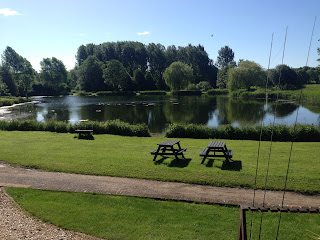 "Give a man a fish, and you'll feed him for a day. Teach a man to fish, and he'll buy a funny hat, spend way too much money on fishing gear, have an unhealthy interest in flies and tackle and lie about the size of his catch."
One thing is for sure, there is nothing quite like the feeling you get when you catch a big fish. As soon as you get a bite, the peaceful serenity is suddenly replaced by an adrenaline rush of excitement and activity.
It then becomes an intense battle of wits and survival between you and the fish, respectively. Keep the line taught but also give him space. Slowly reel him in. Then comes the tricky task of netting the thrashing thing. 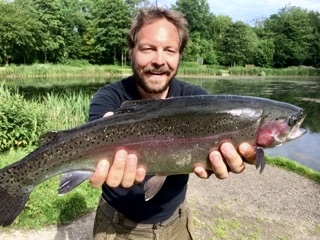 Once netted and brought to land, the brutal bit is at hand. Now you need to read the fish it's last rites and bash it on top of its head with the Priest. Hard. Regrettably, this is another skill I haven't mastered quite yet. 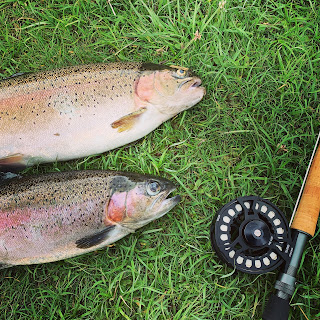